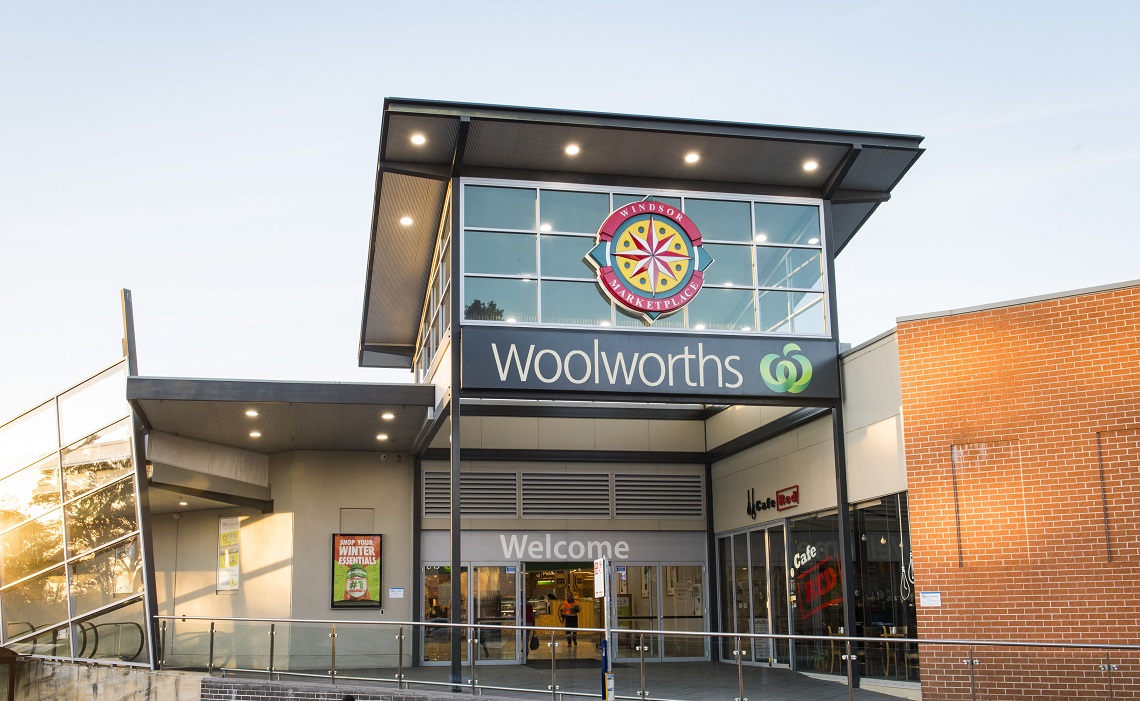 Windsor Marketplace, a neighborhood shopping centre anchored by Woolworths Supermarket and MyHealth Medical Centre in Sydney’s north west, has hit the market, presenting buyers with an opportunity to secure a blue-chip retail investment.

The Kable Street centre, which was completely redeveloped in 2009, generates an estimated fully leased income of $1.5 million per annum and has a WALE of 11.4 years.

Savills Australia’s Steven Lerche and Andrew Palmer, in conjunction with Stonebridge’s Jonathon Fox and Philip Gartland, have been appointed to sell Windsor Marketplace which includes the freestanding and separately titled and MyHealth Medical Centre with interest expected to be around $25 million.

“Given the lack of quality neighbourhood shopping centres that are formally offered to the market within the Sydney metropolitan area we are anticipating the expressions-of-interest campaign will draw significant interest from local, interstate and offshore investors,” Mr Palmer said.

“Woolworths Supermarket is anchored until 2033 with renewal options and provides for a rare five per cent rental increase every five years,” he said.

Woolworths is complemented by nine specialty shops, including two kiosks and one ATM.

Mr Fox said “Multiple value-add opportunities exist with the ability to on-sell the separately titled MyHealth Medical Centre property, who have recently signed a new 10 year lease, plus the potential to subdivide and on-sell or rent out the freestanding residential cottage fronting Baker Street”.

Windsor Marketplace is ideally positioned to benefit from the booming North West Sydney growth corridor.  “The urban area of Windsor has a significant trade area population, currently estimated at 35,920 people and expected to increase to 38,770 by 2031,” Mr Gartland said.

Located in the thriving Hawkesbury region, the site is approximately 55 kilometers north west of the Sydney CBD.

Myhealth Medical Centre, and producing a weighted average lease expiry (by area) in excess of 11 years, this is an opportunity for savvy investors to secure a quality neighbourhood centre within the Sydney metropolitan area” Mr Palmer said.