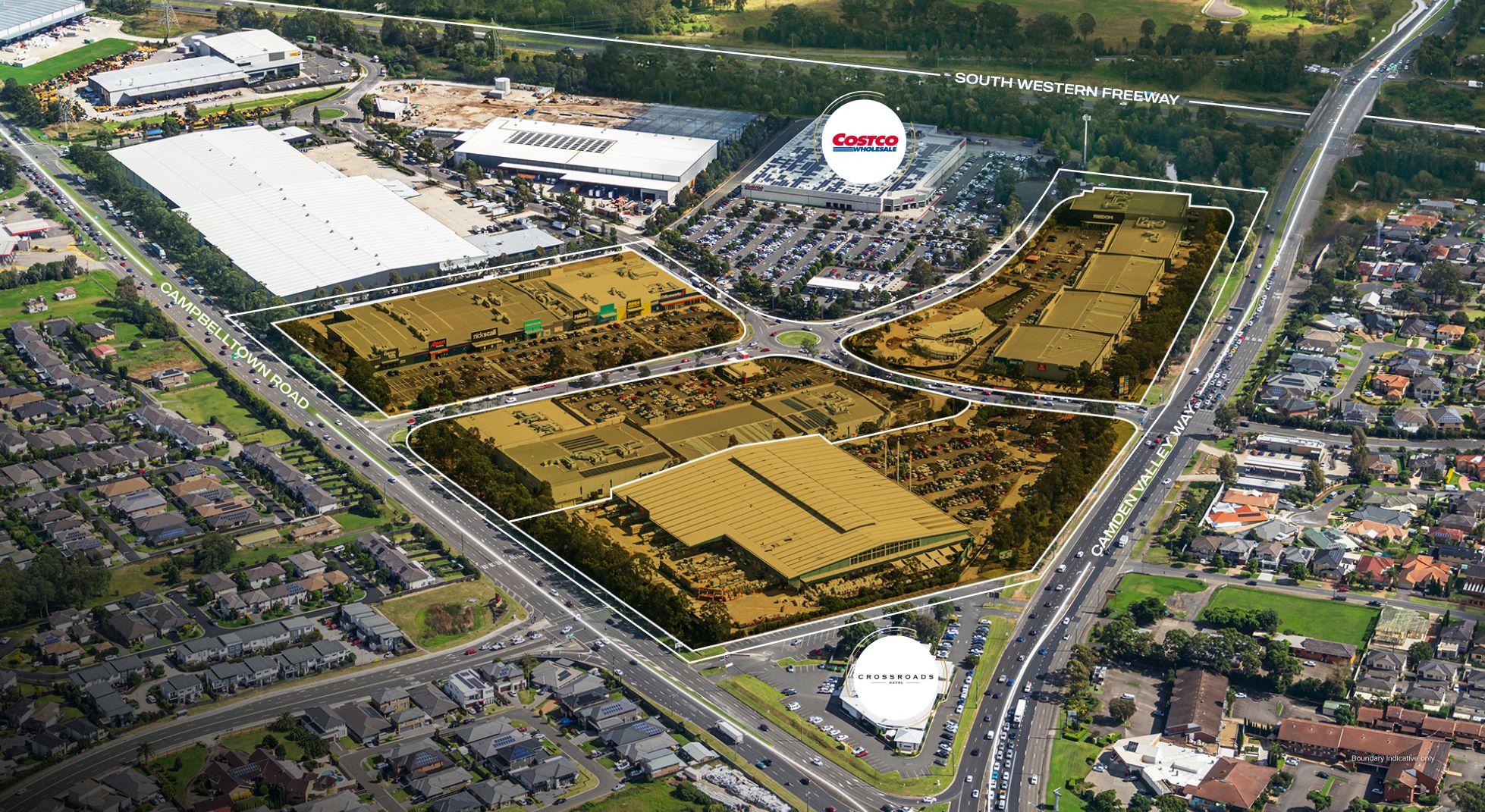 Crossroads, one of Australia’s most substantial Large Format Retail assets, is offered for sale

The 14.3 hectare prime infill Sydney land holding is an opportunity of unprecedented scale, optionality and dominance

A 100% interest in Crossroads is being offered to market, providing investors the opportunity to acquire the 143,520 sqm freehold Sydney metropolitan land holding over four separate titles.

Crossroads Centre at Casula, in south west Sydney, boasts a market-leading total centre GLA (Gross Lettable Area) of 52,138sqm – being part of an elite collective of only five other LFR (Large Format Retail) centres in Australia under a single ownership with a GLA exceeding 50,000 sqm.

Mr Gartland said, “The scarcity of such an offering coupled with the strength and versatility of the underlying property fundamentals will appeal to a variety of buyer groups which is rarely available in the market.”

The centre was built in 2000 and has recently undergone its latest redevelopment, a $3 million food & beverage precinct significantly enhancing the asset’s amenity and offering.

Large format retail performed exceptionally well in 2020 and 2021. Yields compressed by 105 bps since the end of 2019 (to 4Q21), with some recent transactions reflecting yields below 5% for the first time on record.

Situated in Sydney’s burgeoning southwest growth corridor, Crossroads is primed to capitalise on the strong forecast population growth within the catchment averaging 1.4% per annum. This growth is being supercharged by the completion of the $1.5 billion Ed Square infill development and the proposed Glenfield Place Master Plan – delivering over 8,000 combined dwellings within 2 km of the Centre over the next 20 years.

Further, the new $11 billion Western Sydney Airport and Aerotropolis is expected to deliver 200,000 jobs during construction and boost the population of this outer western portion of Sydney to 500,000 residents over the next 20-years.

Expressions of Interest for Crossroads closes on Thursday 9th June 2022 at 2:00pm (AEST).

6 Developers and Owner Occupiers Fight for Cremorne Control Leading to 34-36 Cremorne Street Selling Under the Hammer for $5.15m

50 years in the making – sale of major St Kilda site