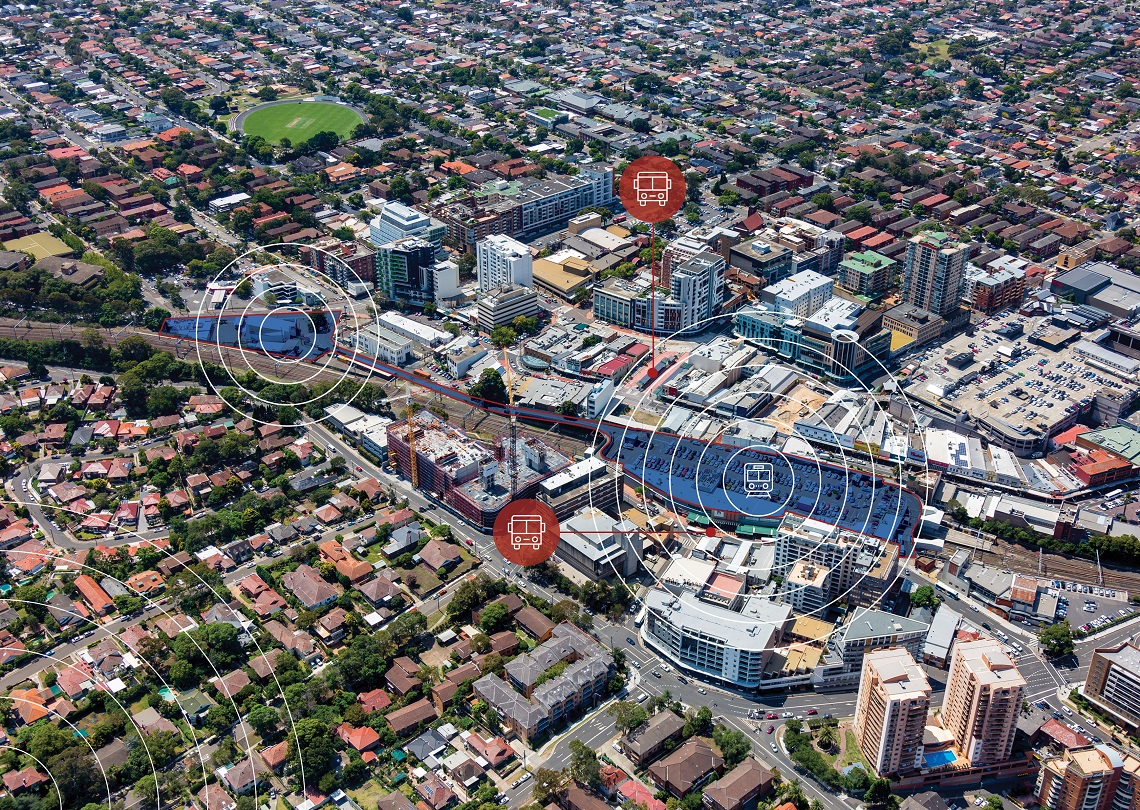 A Sydney landmark integrated into one of Sydney’s busiest train stations is set to come to market. The move comes at a time when Retail Transit Centres are likely to lead the retail asset sub class into the future as Sydney’s unprecedented $50 billion infrastructure spend takes effect.

The Hurstville Central Shopping Centre and adjoining Gateway Site are being marketed for sale by McVay Real Estate’s Sam McVay and Dan McVay and Stonebridge‘s Phil Gartland and Carl Molony via an expression of interest campaign closing 12th of April 2018.

Hurstville Central acts as the sole entry point for approximately 12.5 million commuters and is directly linked to two major bus interchanges, making it one of a kind in Sydney. It is anchored by a high turnover Coles supermarket and complemented by 4 mini-majors, 27 specialties, 8 kiosks and 7 ATMs and benefits from 236 car spaces.

The Property offers excellent income security, with a WALE of 7.6 years by area and over 98% occupancy, whilst providing a robust growth profile with high average contracted rent reviews, forecast turnover rent in the short to medium term and several genuine income generation strategies yet to be implemented. Simultaneously, under all key planning controls (FSR, Height, Car Parking etc.), the Property is under-developed and represents a genuine opportunity to redefine the gateway to Hurstville Town Centre.

Phil Gartland of Stonebridge said “some of the world’s largest retailers have their best performing tenancies in retail-oriented concourses and these groups understand the benefit of placing stores into highly trafficked transit hubs. An example of this is Kings Cross & St Pancras Stations in London where premium retailers such as John Lewis and Nike have established smaller ‘click and commute’ stores focused on serving the needs of commuters and offering a seamless connection between online and bricks and mortar, where time poor customers needn’t deviate from their journey between home and work.”

Sam McVay of McVay Real Estate said “Sydney’s phenomenal economic and population growth is making retail investments in metropolitan area increasingly sought after, particularly those located on or around key infrastructure within a short radius of the CBD.” He continues, “Hurstville Central vastly outperforms category benchmarks due to its unrivalled passenger/foot traffic and captive position at the station entry.”

Hurstville Central and The Gateway Site are being marketed by McVay Real Estate and Stonebridge under a joint exclusive agency arrangement to local and overseas buyers by international Expressions of Interest, with offers closing on Thursday 12 April 2018.

For further details, please contact Philip Gartland on +61 403 852 324 or pgartland@stonebridge.com.au