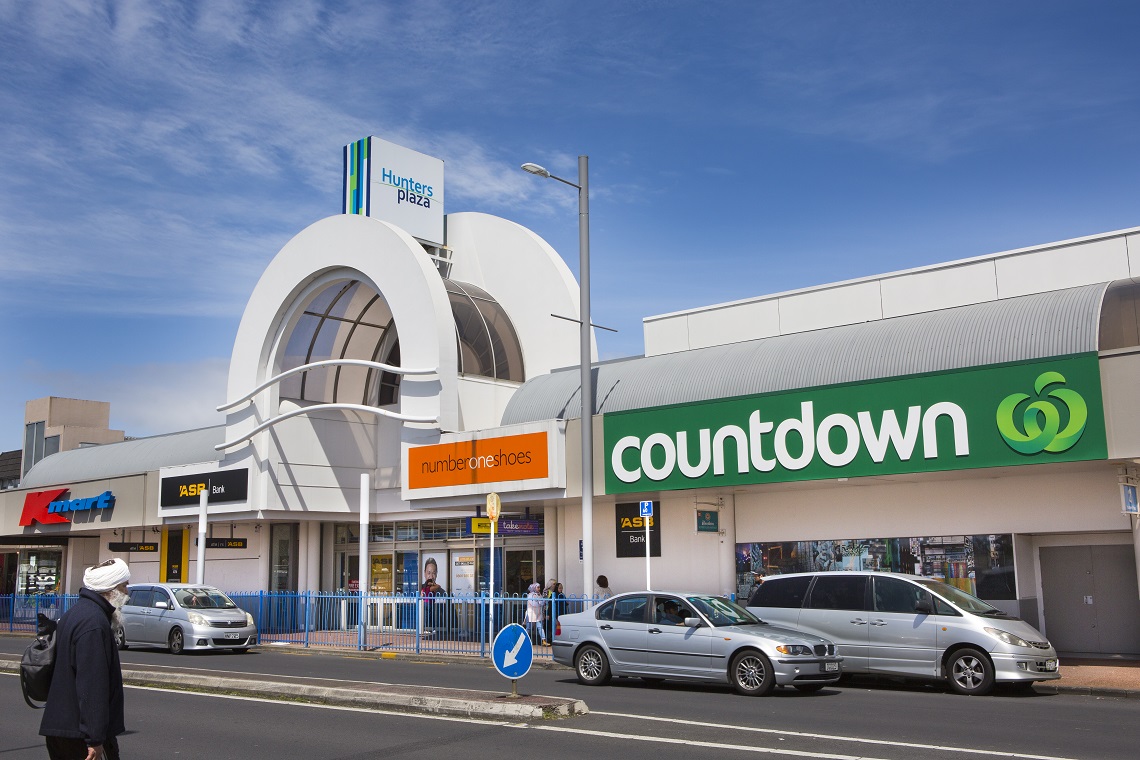 Hunters Plaza is a 15,885m2 sub-regional shopping centre, well located in the strongly growing metropolitan Auckland suburb of Papatoetoe, adjacent to a significant education and sporting precinct, 9.5km from the airport and 19km from the CBD.

Constructed in 1991 on a 2.88 ha site and refurbished in 2015,the Centre is anchored by strongly trading major retailers:

The major retailers have both demonstrated strong growth in sales since refurbishment of the Centre and are complemented by 3 mini majors (Cityfitness, Noel Leeming and Number One Shoes) and over 40 specialty retailers focussed on providing prepared food, fashion, entertainment and other retail goods and services to its growing trade area.

The sale campaign highlighted Auckland’s demographic boom, with the population of Auckland having grown by more than 110,000 between 2006 and 2013 and will increase a further 49 per cent, to 2.2 million, by 2043.

The acquisition of Hunters Plaza represents a passing yield of 7.65% and notional fully leased yield of 8.40% upon full occupancy.

Stonebridge Director, Carl Molony said: “The sale of Hunters Plaza represents a continuation of Australian investors seeking shopping centre acquisitions in NZ. This follows the recent sales of West City and Shore City, both to Australian high net worth investors. The attractive yield arbitrage that exists between the two countries, the solid economic fundamentals and improved liquidity is focusing more capital on NZ, particularly in the major centres of Auckland and Wellington. Stonebridge has a considerable number of qualified offshore groups seeking opportunities of scale in NZ”.