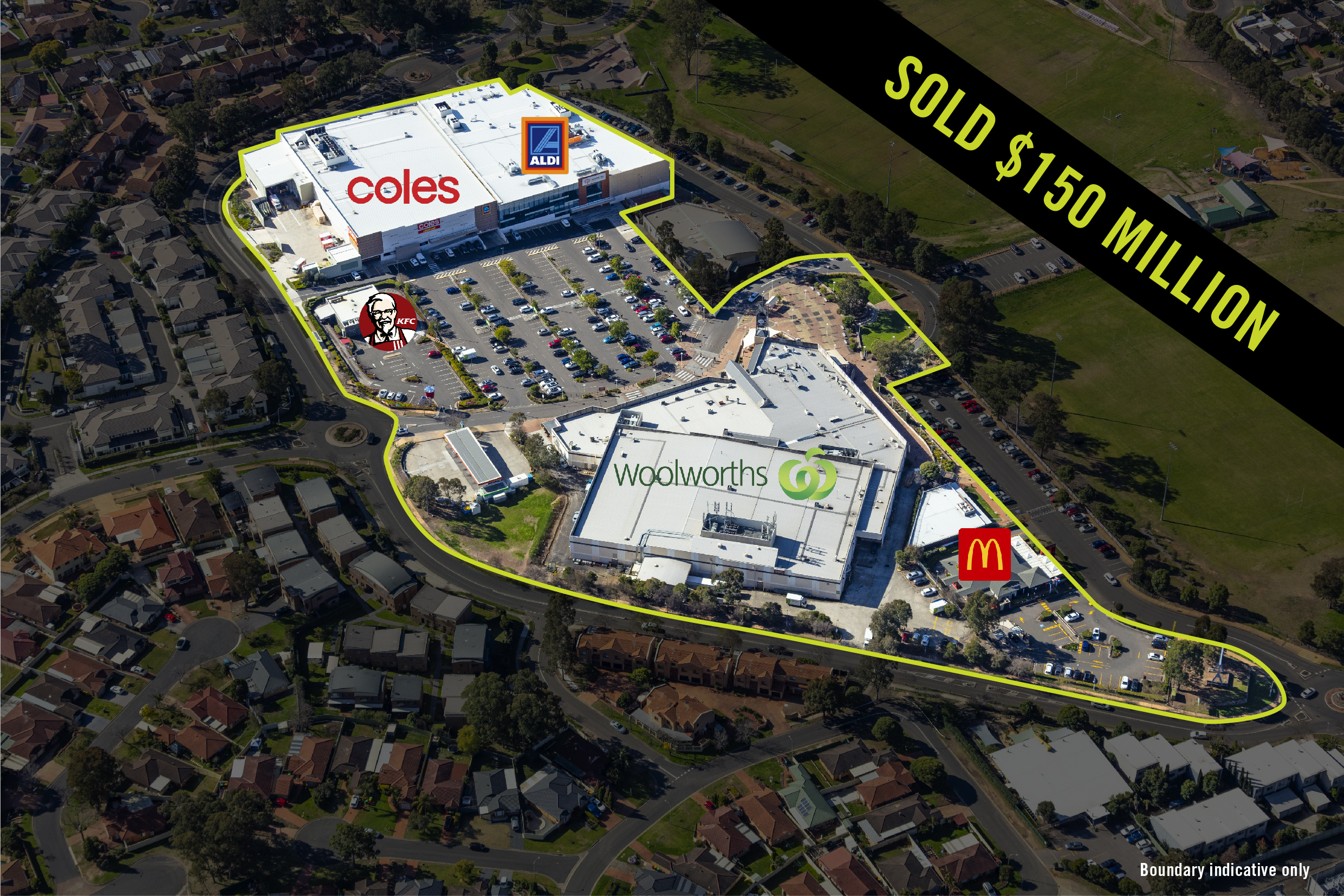 Located 55 kilometres west of Sydney CBD in an affluent and growing residential
enclave of Penrith, the centre is anchored by Woolworths, Coles and ALDI
supermarkets. It first opened in 1999, with a major expansion completed in 2017.
Benefiting from 17,225sqm of GLA, 4.5 hectares of land and 677 car spaces, the
centre has an optimal “daily convenience needs” retail offer including a medical
centre, pharmacy, an array of fresh food, services and daily needs specialty tenants
and three pad sites offering Woolworths Petrol Plus, a strong performing McDonalds,
and KFC.

Phil Gartland, who brokered the deal, said the 96% occupied centre was sold with a
WALE of 6.5 years (by gross rent) at an undisclosed rental.

Mr Gartland said the centre’s significant non-discretionary spend tenancy profile –
41% supermarkets, with a further 31% to health and wellness services – the high
profile national and international brand anchors, and its dominant trading location
within a major growth corridor were the property’s key attributes.

“There is absolutely no doubting the attractiveness of supermarket anchors to
investors in good times. Such defensive investment attributes are even more
compelling in the current climate as customers seek hassle free, convenient and
local shopping facilities.

“The asset also offers significant income growth potential in terms of both its position
within the City of Penrith – a key western growth corridor – and the relatively low site
coverage of just 38% offering the potential for exploration of further development
down the track.’’ Mr Gartland said.

“The acquisition of Glenmore Park provides the HomeCo Daily Needs REIT with
additional exposure to key growth corridors within the Western Sydney metropolitan
area and will be important seed assets for the Daily Needs REIT. We hope to value
add to what is already a stable defensive 3 supermarket based tenancy mix.”

The Glenmore acquisition was the third major neighbourhood retail transaction for
Stonebridge this year following the $47 million sale of Junction Fair in Newcastle and
a Woolworths Marketplace at Swansea on the Central Coast, both in late July.